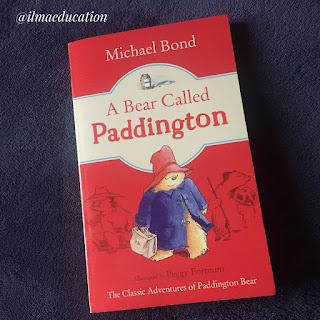 Paddington Bear had travelled all the way from Darkest Peru when the Brown family first met him at Paddington station. Since then their lives have never been quite the same...for ordinary things become quite extraordinary when a bear called Paddington is involved.

This is the first of a series of many books. It's a classic book first published in 1958. As with many classic books published pre-1970s, family values are still important. The parents are respected, the children are polite and everyone gets along well.

Paddington Bear is a very polite and caring bear. But even though he is well-meaning, he always get into misadventures. These adventures are different to the ones nowadays. These days stories of children seem to be about them intentionally setting out to do the wrong thing and misbehaving. Paddington, however, does not set out to misbehave. He gets into trouble by misinterpreting the situation as he is a foreign bear from a foreign land just arrived in England.

Even though Paddington always gets into trouble it all turns out well in the end as his misadventures always end up achieving something positive. I think the fact that he is well-meaning has something to do with it. And it is something that makes him likeable not like some naughty brat.

There are different chapters in one book and each chapter is a separate adventure. Even though the book is a novel length, children can read it one chapter at a time. 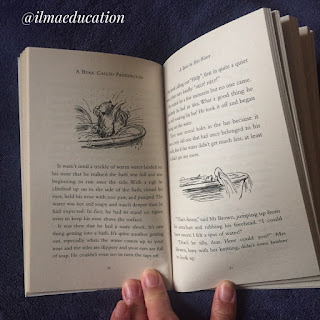 The Brown family is from a middle class white background living in an affluent neighbourhood, I suspect, with a housekeeper. Paddington does have a foreign friend in Mr Gruber, a German I suspect. The only racist downside to these stories is that the grumpy bad mannered neighbour is called Mr Curry, whom I suspect is from South Asia. (Only the last chapter contained Mr Curry in this first book.)

A Bear Called Paddington is a nice clean read for kids.